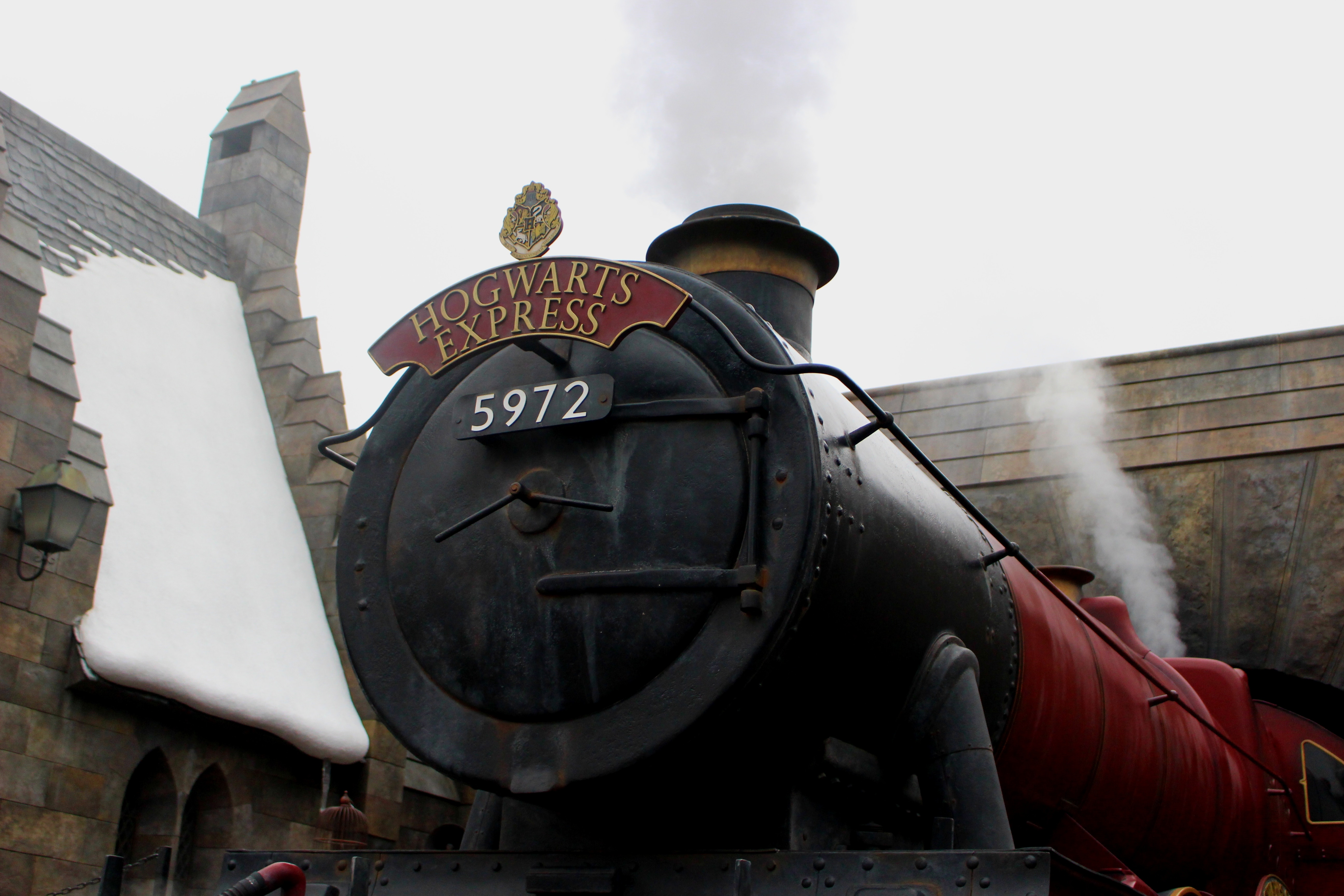 Harry Potter and the Sorcerer’s Stone begins on Privet Drive with an orphan, who is mistreated, despised, and unloved, holed away in a house that is not a home. It ends with a celebration. Harry, uniquely gifted, is applauded as a hero, alongside Ron Weasley, Hermione Granger, and Neville Longbottom.

These four unlikely heroes are unique in their weaknesses, but each of them is weak nonetheless. Ron, the sixth of seven children, comes from a poor family. He’s often picked on for his hand-me-down clothes, books, and robes. Hermione has a know-it-all streak that would annoy even the most patient among us. And Neville Longbottom is the most skittish, fearful eleven-year-old boy you could imagine.

But at Hogwarts, these first-year students not only find a home, meaning, and purpose, but they also play a vital role and are revered on the final pages of Harry Potter and the Sorcerer’s Stone as kings and queens.

I’ll admit that, as a twenty-five-year old book publisher, I’m reading Harry Potter this summer for the first time. After putting it off for years, it finally seemed like the right thing to do. And having finished book one, I’m eagerly on to the next. There was much to love, but of all the things that struck me about The Sorcerer’s Stone, one stood out: a longing for Hogwarts.

Hogwarts, the magical school of witchcraft that Harry and his friends attend, created a longing in me because it pointed me to the local church. God wired us in such a way that we would all desire community. That community is ultimately in a place that Hogwarts reflects as a shadow: the local church.

Hogwarts is a place where misfits in the world find belonging. Harry’s horrible time at the Dursley home on Privet Drive has already been mentioned. When Christmas break comes along, Harry is excited to stay at Hogwarts. He has no desire to go home like other students. When summer break approaches, he dreads the thought of leaving his newfound life and newfound community. Doesn’t the local church do the same for us?

When we are living in flesh, the world seems more enjoyable to us than the church. We’d rather sleep in than get up for another Sunday morning. Vacation is a nice chance to skip, and when our kids’ ball games occur on the weekend, it’s no big deal. But when we really catch a glimpse of the beauty of Jesus and the body into which He’s called us, the local church, the family of God, becomes indispensable to our daily and weekly rhythms. We no longer anxiously await opportunities to sleep in; rather, we go above and beyond to show up on Sunday morning. And we don’t just wait for Sunday morning to roll around; we enmesh our lives in the lives of other members of our churches. We meet in small groups. We disciple others one-on-one. We find mentors. We hang out. We go to the movies and ball games and dinners and birthday parties together. We weep and mourn with those weeping and mourning. We celebrate with those celebrating. The local church becomes the sphere in which we live our lives. t’s our newfound home, and we wouldn’t trade it for anything.

In this newfound home, we realize there’s more than meets the eye. Magic is in the air. Hogwarts is more than the sum of its parts. It brings to life things we expect would be inanimate. It enchants everything, leaving delightful — and sometimes dreadful — surprises around every corner. And the local church is much the same.

The Holy Spirit’s animating power brings the church to life. Our whole is greater than the sum of our parts. There’s magic in the air. In the preaching of the Word, receiving the sacraments, exchanging hugs and handshakes, praying for one another, singing with and to one another, and crying and laughing together, there is more than meets the eye. The apostle Paul said in 2 Corinthians 5 that we ought not consider anyone merely according to the flesh. n the local church, we start to see why. As C. S. Lewis said, “You have never met a mere mortal.” That reality becomes obvious as we situate our lives in Christ-centered communities.

Hogwarts, in the world of Harry Potter, is a sort of counterculture — an underground reality neither seen nor understood by the outside world. Muggles don’t understand witches and wizards and tend not to like them when they do. They’ll do anything not to believe in magic, just as many in our world will do anything to not give credence to the church of Jesus Christ. But Hogwarts is a counterculture where the fuller realities of life come to light, where those with the gifting of magic are taught to express and use their powers for good.

Again, the same goes for the local church. Our world doesn’t understand us. We can expect the world not only to misunderstand us, but it will also hate us. Jesus said they hated Him, and servants aren’t greater than their Master. But in the counterculture of the local church, we are taught and trained to taste the fullness of life and to use our powers — the gifts the Spirit has given us — for the good of others.

In Hogwarts the orphan finds a home, there is magic in the air, and there is a counterculture where the gifted of the world are taken out of the world and given the opportunity to live freely and fully. But are there dissimilarities here? Absolutely.

Hogwarts is a diverse place. That diversity is seen clearly in its four houses: Gryffindor, Slytherin, Ravenclaw, and Hufflepuff. But — and I fear this is also true in many of our churches — there is no unity in their diversity. While the unifying reality of wizardry and the shared membership of Hogwarts ought to unite them over and above their differences, the spirit of competition and personal gratification drives a wedge in between these houses.

Doesn’t the same happen in our churches? Again, the apostle Paul gives perspective, condemning the attitude of those who say, “I follow Paul,” “I follow Apollos,” or “I follow Cephas.” Don’t we have our favorite preachers and worship leaders? Don’t we prefer our own music styles and cultural distinctions? Don’t we want to do church our way? These self-serving attitudes drive a wedge between brothers and sisters for whom Christ died; it should not be so.

While Hogwarts students travel to and fro in secret, never revealing the glorious realities of their world with outsiders, we are to worship Christ in the open, imploring our friends on the outside to join us in being reconciled to God and His Church. While Hogwarts students look down their noses at Muggles, we stoop to our knees, take up a towel and basin, and wash the feet of the wayward world around us, beckoning them to join us in receiving the love of Christ. While the mission of Hogwarts seems to be to merely train up wizards and witches, the mission of the local church is to train up ambassadors of Christ, who in turn are sent out into the world bearing the hope of the gospel, the good news that all are invited into this wonderful, glorious community for which they were made to long.

Perhaps this longing I felt while reading Harry Potter and the Sorcerer’s Stone is familiar to you. Maybe it’s not Hogwarts for you. Maybe it’s Middle Earth. Maybe it’s Wakanda. Maybe it’s Narnia. Whatever the case, these “homes” beckon to our hearts because God has created us for a home. When God called Abram to Himself, He promised him a great land as an inheritance. But we learn in the New Testament that this land isn’t merely a geographical plot on a world map. t’s the universe itself, along with the ability to enjoy it and to rest in it, without fear or sin or sickness or death, which we will inherit with Christ, having been united to Him by faith.

The stories we tell and the stories we love all reflect the grand story God has authored. Hogwarts points us to the home for which we were created because J. K. Rowling, whether she knows it or not, reflected her Creator in the creation of Harry Potter. But make no mistake — Hogwarts isn’t our home. We are headed for a better land, which we will receive when Christ returns to fully establish His kingdom on earth. And in the meantime, we experience that promise prophetically and proleptically in the local church.

*Note that I have only read a book and a half in the series to this point, and thus am certainly prone to mischaracterizations of Hogwarts or its students due to my ignorance. Please forgive me if these blind spots are evident in this post, and please, no spoilers!