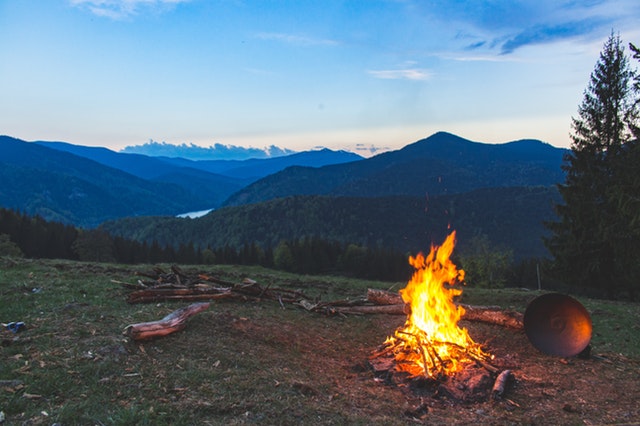 “If men read fewer books on manhood and more really good stories they’d be much better for it.”

I tweeted this a while back, and the response I got was strong. I didn’t post it because I hate books on manhood. On the contrary, I think they can be quite helpful – helpful in the same way an instruction manual is. That is to say, once you have the motivation and the tools manhood books are useful. Many of them try to inspire, but rah rah speeches and point-by-point arguments are only so motivating.

And that is where stories fill the void. This is not specific to men, but men, as a whole, read fewer stories than women. Men gravitate to “give it to me straight” and “I just want the facts.” In such attitudes key realities go missing. Here are six of them:

1) Stories make you want to be better.

The best stories leave the reader wanting to be better than he is – nobler, braver, humbler, gentler, more faithful. They are not manuals full of instructions; rather they are other universes which depict reality as it could be, for better and worse. Even non-fiction depicts other universes because the story is about the local universe of the characters, one different from our own. When we read them we don’t come away with a list of to-dos that need implementing but rather a sense of how much better we could be, an aspiration rather than a duty.

The way which stories make us want to be better is not through instruction. No good story conscientiously preaches to the reader. Such writing feels contrived and stilted. (This is the shortcoming of so much Christian fiction.). Rather, the best stories do what I wrote above, they create a universe in which lessons, characteristics, truths, and inspirations are made to look and feel real. Rather than being instructive or intrusive such stories feel palpably desirable. Because of how real they are, it is only a small step to take those truths and characteristics and recognize their place in our own lives. And because they are not taught with a specific style, stories are “one-size-fits-most” rather than applying only to a certain demographic or learning style.

Examples: The Lord of the Rings

Every parent knows that children learn best by imitating. Somehow we forget this when we become adults trying to learn, though. Stories create a context for imitation. A story’s characters are the ones doing the showing. They function either as role models or as anti-role models, those to emulate or to avoid. The relationship between reader and character, if the character is written well, can range from pure adoration to utter loathing. Often, though, it is somewhere in between because the character is human and has both good and bad qualities. As we relate to these characters, though, we get to determine what about them is to be imitated and what is not.

Examples: To Kill a Mockingbird

4) Stories don’t have to be about good to be good.

It is a mistake to think that we can only learn from stories that explicitly promote virtue. Often the stories that depict a void of virtue are just as powerful. Loathsome characters and despicable decisions can make us want to be better just as much as virtuous ones. The danger in this, of course, is that we become confused and deceived into thinking that evil is appealing (as we are so prone to do), so it is best to read far more of virtue than of vice. But do not discard all depictions of evil as useless, for they are remarkable effective at setting a back drop against which good can shine.

(F. Scott Fitzgerald), A Song of Ice and Fire Series

Men are often (not always) inhibited in our expressions of emotion. We can struggle to know when and how to give voice to our passions, both positive and negative. Stories give both example and lessons in how to do this. They show the benefit to being open and the harm that comes from locking feelings and passions away. But they do so in a palatable way by showing it in the lives of others. You will know it when you find it as your heart and emotions align with whatever is being said or done in the story. And, since there are millions of stories in this world, ranging from Shakespearian to Orwellian, we can most certainly find one that expresses in a way that suits us.

Examples: NONE – this is deeply personal, and you must find your own examples that work for you.

6) Stories get under the surface.

No one should ever describe the characters of David Baldacci or John Grisham as “deep” or “human.” They are caricatures, not characters – means by which the plot moves forward. The best characters are those written deeply, as a whole person. It is these characters with whom we can feel like we relate as we read. We discover their gifts and weaknesses, their virtues and shortcomings. It is through this sort of depth that the universe I was describing earlier comes to life as a multi-dimensional, real, relatable thing. And it is in such a universe that we see under the skin of the characters and get a sense – whether or not it is explicitly written – of good, bad, noble, cowardly, and imitable. I have yet to read a prescriptive teaching book for men that effectively that creates the same sense.

The best non-story books for men are the ones which draw on the import and impact of stories. Lessons are good, but, as the famous saying goes, “they are better caught than taught.” So men, if you want to grow and learn and be a better man, read more stories.

Note to reader: This was previously published on BarnabasPiper.com.

Barnabas Piper is an author, speaker, and podcast co-host. He writes and reads with curiosity and loves books that spark ideas, speak truth artfully, and are fun. One of the many books that has most impacted his life is Friday Night Lights by H.G. Bissinger. He is the marketing manager for B&H Academic, is the father of two girls, and lives in the Nashville, Tennessee area.