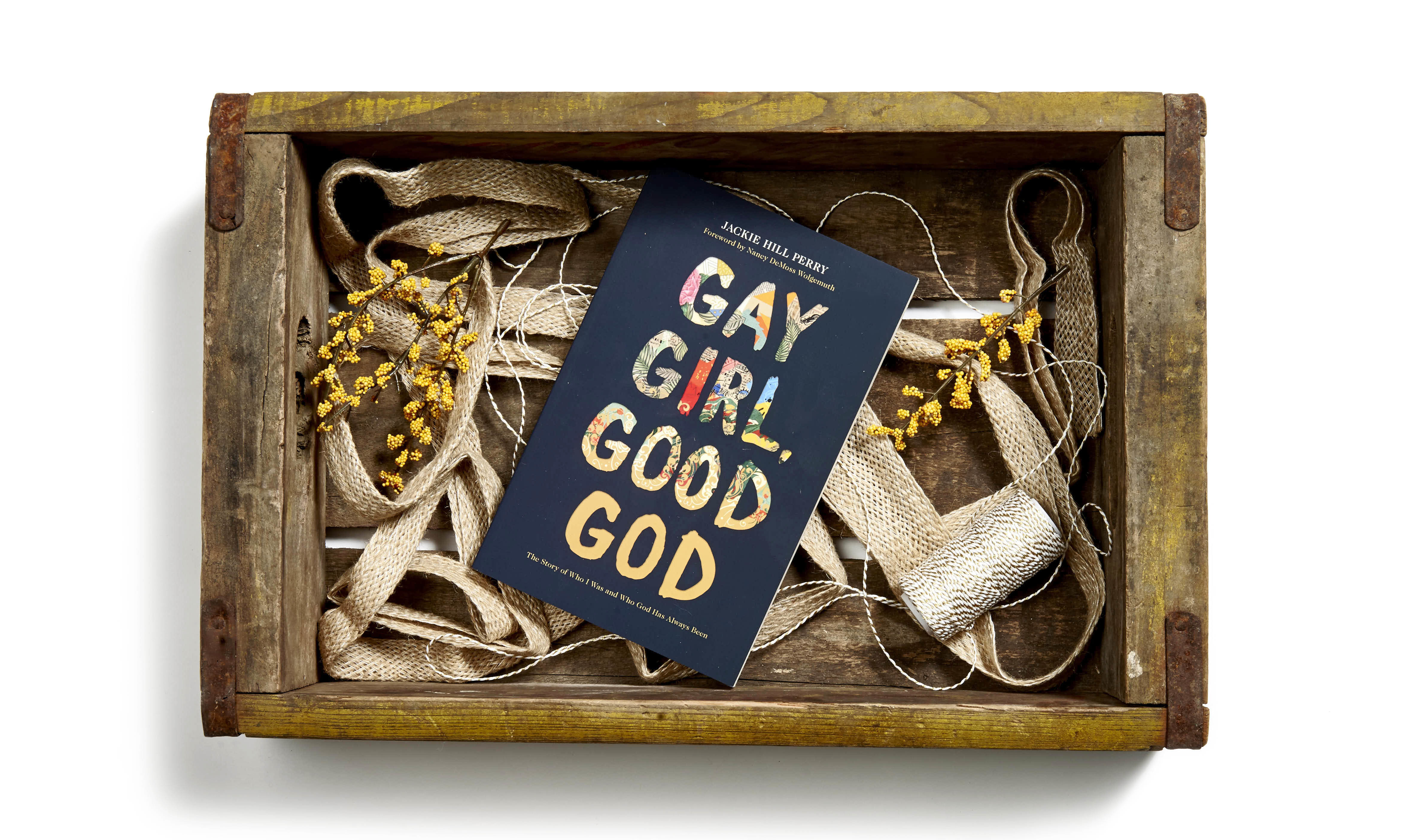 You’d think He was by listening to the ways Christians try to encourage same-sex-attracted people within, or outside, their local churches. They dangle the possibility of heterosexual marriage above their heads, point to it like it’s heaven on a string, something to grab and get whole with. And though it’s usually well-meaning, it’s very dangerous. Why? Because it puts more emphasis on marriage as the goal of the Christian life than knowing Jesus. Just as God’s aim in my salvation was not mainly the removal of my same-sex desires, in sanctification, it is not always His aim that marriage or experiencing an attrac­tion for the opposite sex will be involved. 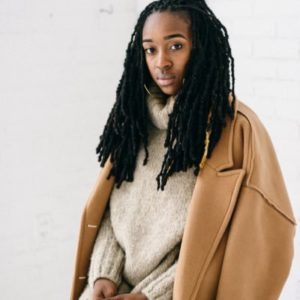 The “heterosexual gospel” is one that encourages SSA men and women to come to Jesus so that they can be straight or that coming to Jesus ensures that they will be sexually attracted to the opposite sex. The ways in which this “gospel” is preached is much more subtle than I’ve made it out to be. It usually sounds like, “I know you’re struggling with being gay. I can promise you, if you give your life to Jesus, He will completely deliver you from those desires because He loves you,” or “I know a guy that used to be gay and now he’s married. Jesus will do the same for you if you trust Him.” God surely can deliver someone completely of SSA and God definitely can take an SSA man or woman and turn them into a spouse to the opposite sex (I’m obviously a witness of that), but the Scriptures have not explicitly promised these as definitive gifts for being reconciled to God, or as the immediate inherited blessing of regeneration. In hopes of encouraging SSA individuals and those who are seeking to love them well, here are four reasons to avoid the heterosexual gospel:

So God created man in his own image, in the image of God he created him; male and female he created them. (Genesis 1:27)

We are all much more complex than we know. We were made differently than the rest of creation. We were created with a mind that bends depending on where the eyes land. Looking around, you’ll see how colorful feelings can be. We are intellectual, emotional, and spiritual beings. We possess the capacity for joy, sadness, pride, humility, terror, and safety, all working together with our souls as humans. This then is why limiting our personhood to sexuality is a shortsighted way to describe how God has made us. Being made in His image, we were made to love Him, not out of an animal instinct, but with our human wills—involving the heart, mind, and soul. When God is not loved by our entire being, sin is exposed by how we speak, create, and think—what we do with our bodies, and how we treat others, in what we choose for our ears to hear and our eyes to watch, etc. Therefore, our sexuality may be a part of who we are, but it is not all that we are. Humans are more than who they are sexually attracted to.

God is triune, being so much bigger than our minds have the capacity to understand. He is one God, in three persons, Father, Son, and Holy Spirit, all able to feel, act, listen, in unified and distinct ways from the other. This being the case, wouldn’t it stand to reason that those He created in His image are similarly diverse and complex? If He made the whole per­son, then you can be sure that He wants to save and satisfy the whole person with Himself.

What could be implied from those who preach the “hetero­sexual gospel” is that our sexuality is all that God cares about. I am convinced that this thinking has kept many SSA men and women from experiencing the beauty of true repentance.

I realized this one day while interacting with a young lady who was offended by my testimony of overcoming homosexuality. After a few personal attacks and curse words, I asked her this question, “Let’s just say homosexuality wasn’t even an issue for you. Would God still be pleased with your life as a whole?” To which she responded, mildly caught off guard by the angle of my question, “Nah. Nah, He wouldn’t.” I asked her that question, specifically, because I needed her to see that God had more than her sexual actions in mind when He com­manded her (and us) to repent and believe the gospel of Jesus Christ. If we are as complex as He’s made us to be, then surely we are much more sinful then we can imagine. And for that reason, when God comes to restore, He must do it entirely.

For the unbeliever that is SSA, God is not mainly calling them to be straight; He’s calling them to Himself. To know Christ, love Christ, serve Christ, honor Christ, and exalt Christ, forever. When He is the aim of their repentance, and the object of their faith, they are made right with God the Father and given the power by the Holy Spirit to deny all sin—sexual and otherwise. Someone trying to pursue hetero­sexuality and not holiness is just as far from right standing with God as someone actively pursuing homosexuality. And in fact, when an SSA Christian pursues heterosexuality as the goal instead of Christ, they will ultimately find themselves merely replacing one idol for the other. Through abiding in Him and walking in the holiness that no one can see without the Lord (Hebrews 12:14), SSA Christians, even when alive to same-sex temptations, are able to choose God over their previous sexual identity. Their identity as image-bearers, and not their sexual impulses, is the primary identifier that many SSA men and women desperately need to hear from the pulpits and the pews. If sexuality was their (and our) primary identity, then that would make sexuality our primary call. But we were not ultimately made for sex; we were made for God and His glory alone (Col. 1:16).

Marriage is glorious. By design, it was meant to be so—a mysterious plan of God that points to the gospel (Ephesians 5). One man, one woman, two different people, who, under God are made one flesh. These two contrasting bodies share their time, thoughts, rooms, beds, and as fickle as it was, they share their love too. Handing it out in portions as obedience and trust snatches it from the heart to give away. It took a whole Old Testament worth of time to go by before this mystery was explained to the world. Once Jesus had come, died, rose, and sent the Holy Ghost to keep us, we were told how this whole marriage thing was more than we’d imagined it to be. That it had more to do with God than anything. That it was a breath­ing parable of Christ and His church. Christ being God in the flesh. His church being those of us sheep who heard His voice one day and followed our Shepherd into life. If the world needed a dim image of how Christ loved the church, they only needed to watch a man love and lead His wife over din­ner. Submission, modeled by the church in Her submission to Christ could be seen when a wife loved her God enough to sub­mit to her husband alone (Ephesians 5). As crazy as it sounds, God has given humans, who’ve made a covenant before God and man, the blessed chance of playing out the gospel in their homes daily. Marriage truly is glorious. 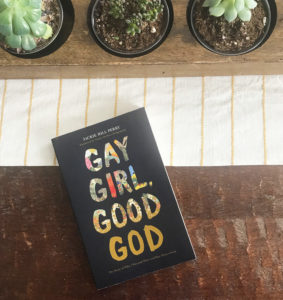 In all of its glory however, it is not the highest glory. Marriage, for some time, has been esteemed idealistically—as a mini-heaven perhaps, unguarded by golden gates, entered into preferably before a woman’s pretty begins to die, or by the time a man is ready to plant his seed. From the time a young girl learns of love, she’s taught it’s in its purest form when a white dress carries a woman into an “I do.” Cartoons and children’s books indoctrinate us young with this ideal, but they aren’t the only ones making a utopia out of marriage. Christians (sometimes unknowingly) con­tinue to make it an undue part of their gospel witness to the SSA men and women of the world (and single heterosexual men and women). The exaggerated promise of marriage or the unbalanced emphasis on its place in the Christian life can lead SSA men and women to being disoriented about God’s specific call for them. Which we can say with confidence God’s call is this: to love God and love people (Matthew 22:36–40).

The book of Genesis introduced us to the mystery of mar­riage, and Revelation concludes with the consummation of what marriage reveals. In Revelation, we are given a glimpse of what will happen once the church, Christ’s bride, forgiven sinners, stainless saints are finally at home with their Bridegroom, who purchasedtheir “I do” when He declared, “It is finished.” This is the highest glory of the Christian life, to be married to the King of Glory. Marriage is glorious, but it is not Him. Though many have projected onto marriage what only God can give in Himself, it is not God. It is a creation of God for the glory of God so that the world can get a picture of the gospel of God. Beyond Earth, another trait setting marriage apart from the Lord Himself is that it is not eternal. It will expire once the breath does and become something done only on the earth until that itself is done anew. The marriage that will last, however, is the marriage between Christ and His church. Like two deathless stars meant to burn forever, God and His church will always be married. Always be in love. Always be One. So much so that death will never part them, for even that will be no more.

If it will be that earthly marriage will not last into eter­nity, then we cannot preach a “gospel” that makes it out to be something worth dying for. Earthly marriage is momentary; the church’s marriage to Christ is forever. 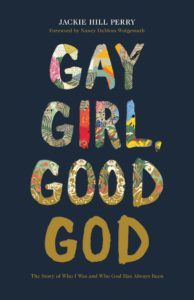 Get the final two points from this powerful conversation in Gay Girl, Good God by Jackie Hill Perry.

Jackie Hill Perry is a writer, poet, and artist whose work has been featured on the Washington Times, The 700 Club, Desiring God, The Gospel Coalition, and other publications. Since becoming a Christian in 2008, she has been compelled to use her speaking and teaching gifts to share the light of the gospel of God as authentically as she can. At home she is a wife to Preston and Mommy to Eden and Autumn.